Your Mother Was Wrong! 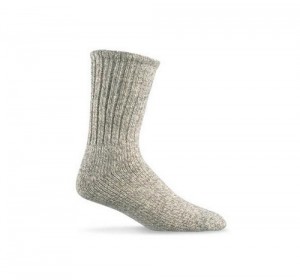 When I was a kid, every time I wanted to go outside on an extra cold day my mother would insist that I wear an extra pair of socks.  This even applied to skiing.  And we’re talking those thick, ribbed wool socks.  So that made my old leather ski boots even tighter and I’d be back in the house crying because my feet were cold after one run!  My mother was wrong and if your mother used to say the same thing to you, she was wrong also.

What my mother should have told me was to wear my thinnest pair of ski socks.  Oh, I would still have been back crying that my feet were cold, but I would have made at least two runs! 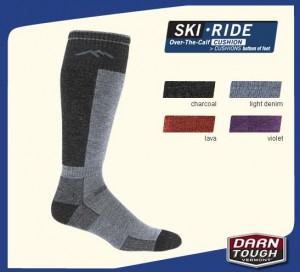 I find that the extra-pair-of-socks myth still exists even in this age of plastic boots.  And it’s still wrong!  Take a look at the modern ski sock: it’s a lot thinner than those old wool socks.  Any extra thickness can be found in places like the shins to provide protection more than warmth.  The modern ski boot relies on the properties of its materials to provide support, not tightness.  The fit should be snug, but not so snug that circulation is impaired.

So on those extra cold days, try wearing your thinnest pair of ski socks and don’t clamp your boots on their tightest settings.  You can always tighten your boots when you decide to ski the Goat!

Cold weather has always been a challenge for the serious skier.  And by “cold” I don’t mean temperatures above 15 degrees Fahrenheit.  In my opinion “cold” starts at 15 degrees and extends well below zero!  Add in some wind chill and you’re definitely in the frostbite zone.

Frostbite was a part of skiing in the RetroSki days of the past.  There may be a few folks who skied last weekend that think that it still is!  However there are a couple of factors that made it more common in the past.  First, climate change has given us fewer of those cold days each winter.  We used to get at least one 7-10 day stretch of subzero weather every winter; now our subzero weather comes in scattered, shorter bursts.  Second, modern ski gear offers more protection against the cold weather.

Going back to the past, the ear lobes were usually the first victims of frostbite.  Hats didn’t quite come down far enough so the ear lobes were exposed.  Plus there’s very little feeling in your ear lobes so the first time you realized you had been bitten was later when you looked in the mirror and saw your red, swollen ear lobes.

The nose was usually the next most susceptible frostbite spot followed by the cheeks.  Mondays at work after a cold weekend of skiing was an opportunity to compare frostbite “scars” which usually would start peeling by the end of the work week – just in time to go out and do it all over again the next weekend! 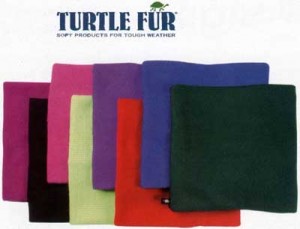 I struggled with frostbite right under my chin.  Parkas of that era still had metal zippers and since I have a short neck, my chin would come in contact with the metal and zap, I was bitten.  I still have the scars under my chin.

Eventually zippers became plastic.  I also grew a winter beard and wrapped a scarf around my face to reduce frostbite exposure.  But in 1983 a face-saving device appeared that changed cold weather skiing: the fleece neck gaiter or neckwarmer!

I expected to get a lot of responses to last week’s trivia question, but I didn’t.   So I turned to the Stowe Mountain Group Greeters and asked them who first introduced the fleece neckwarmer.  Fred Moses, Dave Myers, and Doug Owen all correctly answered that Turtle Fur was the first.

And it all started here in Stowe!  Millie Merrill began producing the first neck gaiters as an offshoot of her Yellow Turtle business.  That led to a separate business named Brystie which made the fleece neckwarmers.  As the business grew it moved to the Stowe Industrial Park and then to its current location in the Morrisville Industrial Park.  Along the way the name changed from Brystie to Turtle Fur.

Tiffany LoRe Marketing Coordinator for the Turtle Fur Group says that Turtle Fur is the world’s largest provider of neckwarmers and they continue to develop innovative new models such as their Totally Tubular and Neckula.