Mason Beekley founded the International Skiing History Association (ISHA) in 1991 with a goal of furthering research into the history of skiing. He and Doug Pfeiffer organized the first “ISHA Gathering” in April 1992. Attendees included Andrea Mead Lawrence and Penny Pitou. 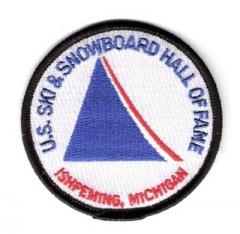 The Gatherings became an annual affair and were held at different ski resorts each year including Stowe. Attendance at the Gatherings grew to about 100 people. Eventually the name became Skiing Heritage Week and then Skiing History Week. In 2010-11, ISHA joined forces with the United States Ski and Snowboard Hall of Fame to include the Hall of Fame induction as part of Skiing History Week. Since then attendance has increased significantly reaching over 500 attendees.

This year marks the 26th annual gathering and the first with a new name, Snowsports History Week! “The goal of Snowsport History Week is to be an organized gathering of industry supporters to celebrate the historic work and accomplishments of athletes, authors, coaches, filmmakers, historians, resort leaders, equipment and technique innovators, and other pioneers who have made our sports what they are today.”

The week is a series of events, some free and open to the public and others ticketed or by invitation only. This year you can ski Stowe with Billy Kidd. That’s right Billy Kidd will be here along with several other skiing legends to welcome the new Hall of Fame inductees. For a complete schedule of events visit https://snowsporthistory.com/event/schedule/.

On the opening day Wednesday April 5th, the “Jerry” awards will be presented. The Jerry awards go to ski films that have stood the test of time and become part of the “Snow 100”, the top 100 ski films of all time. The name “Jerry” is in honor of the late Jerry Simon who was inducted into the Hall of Fame in 2014. Simon founded the International Ski Film Festival in the early 1970s. 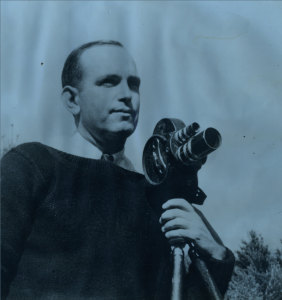 This year’s Jerry award winners include the 1978 “Ski Stars” movie by Stowe’s own ski filmmaker! That would be Victor Coty! Susan Miller correctly answered last week’s trivia question identifying Vic Coty. Charlie Lusk also had the correct answer, sort of. He originally said Lew Coty, Victor’s son, but Charley says he must have had a senior moment since he knew it was Victor. 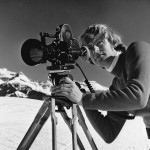 There’s another film with Stowe connections receiving a Jerry. The 1977 film “Color It White and Call It Stowe” by Allan Seymour was the brain child of Stowe marketing director Bill Riley. It was distributed to hundreds of theaters from coast to coast.

These movies and the other award winners will be shown during the week. The award presentations will be made Wednesday night at the Trapp Family Lodge and the event is free and open to the public.

Of course the premier event is the induction ceremony for the 2016 class in the U.S. Ski and Snowboard Hall of Fame. Several of the inductees have local ties. There are the Egan Brothers, Dan and John, who were extreme skiing pioneers and featured in many ski films. Gretchen Besser is also being inducted. In addition to being a member of the “Dawn Patrol”, Gretchen was the National Ski Patrol historian and authored “Samaritans of the Snow”, the definitive history of the National Ski Patrol.

Other inductees include Michael Berry who was head of the National Ski Area Association (NSAA) which guarantees there will be a lot of ski resort executives in attendance. Who knows, maybe Vail CEO Robert Katz will want to check out his newest acquisition.

Then there are the Post sisters, Ellen and Marion. They are actually twins and both made their mark in freestyle skiing. It was interesting to me that in the induction bios they are listed separately under their married names, Ellen Post Foster and Marion Post Caldwell, while the Egan brothers are listed together.

Stowe has played a significant role in the history of skiing in the United States so it’s very appropriate that Snowsports History Week is coming to Stowe. Keep your eyes open on the slopes during the week, you just might see some legendary skiers.