Last spring thanks to Ski Essential’s weekly Top 5 Fridays email blast, I came across a video entitled “The American Downhiller.” It chronicles via footage and interviews some of the history of U.S. male skiers who have dedicated themselves to the ultimate skiing speed event, the Downhill.

The film highlights Bill Johnson, Doug Lewis, Tommy Moe, A.J. Kitt, Bode Miller, and Daron Rahlves. For oldtimers, there are interviews with Billy Kidd and Moose Barrows.  However I felt there was one significant omission in the film: Buddy Werner. 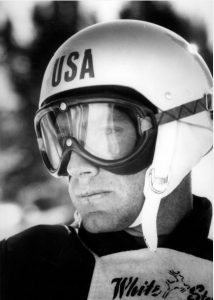 Wallace “Buddy” Werner was born February 26, 1936 in Steamboat Springs, Colorado. He was part of a skiing family. His older sister, Skeeter, was an alternate for the 1952 Olympics and was on the U.S. team in the 1956 Olympics. Buddy would be in the 1956 and 1964 Olympics, only missing the 1960 Olympics due to a broken leg suffered in training. Buddy’s younger brother, Loris, was on the 1964 U.S. Olympic team as a ski jumper and the 1968 Olympics as an alpine skier.

You may think that all that makes sense since they grew up in a ski resort town, but Steamboat would not become a destination resort until the 1960s. The Werners all honed their skills on Howelsen Hill, a small, town ski hill. There was a ski jump on the hill which inspired many of the local youth to try their hand at jumping.

Buddy first drew national attention at the 1952 Junior National Alpine Championships where he finished first in the downhill, second in the slalom, and first for the combined. This feat landed him on the cover of Sports Illustrated. 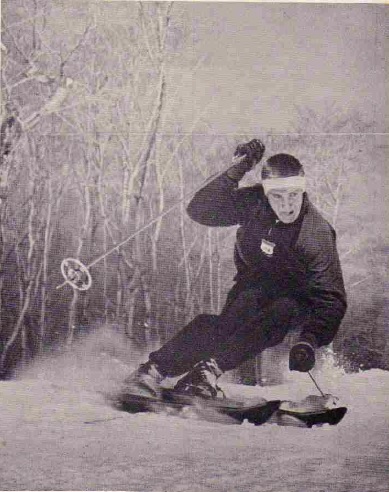 Buddy was named to the U.S.FIS ski team at 17. In that first season competing on the international stage, Buddy gave notice to the world by winning the Holmenkollen downhill in February 1954. He’d go on to win that downhill three times.

Buddy was an “all-or-nothing” competitor. If he wasn’t on the podium, he probably crashed trying. Such was his first Olympics in 1956. He was a DNF in slalom and 21st in GS. He fell in the downhill, but still finished 11th!

In 1958 Buddy Werner won the Lauberhorn in Switzerland and then in 1959 he won the legendary Hahnenkamm downhill in Austria. Werner was the first non-European to win that race which is considered the most fearsome on the world circuit. After the race he told a reporter:  “Boy, was this ever a fun track. I could go down it every day!” Not many racers say that about the Streif!

During Buddy Werner’s era, Stowe was an integral part of the ski racing scene hosting both national and international races. Buddy was a regular visitor to Stowe. At the American International Cup in 1955, Buddy won the downhill on the Nosedive shattering the old record on the course by nine seconds. In the process he beat all of the favored Europeans. By the way, you can see at least one picture of Buddy Werner in Stowe amongst the historic photos at Charlie B’s. 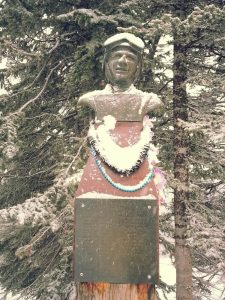 Buddy would retire from ski racing after the 1964 Olympics only to be killed in an avalanche while making a ski film. He was only 28. The mountain that hosts Steamboat Ski Resort was renamed Mount Werner. When you get off the lift, there’s a bronze bust of Buddy which skiers tap with their poles for luck. I think every American downhiller should start their season by tapping that statue both for luck and to remember the first true American Downhiller.