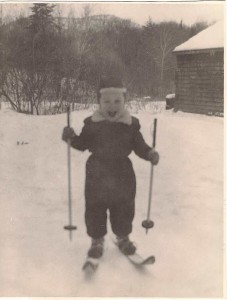 I grew up in the White Mountains of New Hampshire just outside Conway and started skiing at an early age.  Well, at least I was on skis at an early age.  Most of my skiing was on the hills and trails near my house.  My first trip to a ski area was through the local school program that took all interested kids to Cranmore one afternoon a week for lessons (much like Stowe’s Friday program).  My progress in this program was limited by the fact I kept breaking the skis my parents bought for me!  Not during the lessons, but on those hills and trails near home. My parents weren’t well-off enough to buy multiple pairs of skis a year so I’d have to drop out of the program.  I would continue skiing those hills and trails using my parents’ old wooden skis with bear trap bindings and no steel edges.

As chronicled in my blog, my breakthrough did not occur until I was in college.  From that point skiing was a major influence in my life.  It influenced what job I selected: I saw an ad in Ski magazine that said “Come work at IBM Burlington,there are 4 major ski areas within an hours drive!”  So I did!  Skiing influenced where I spent my vacations, my time, and my money. 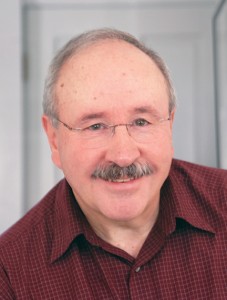 Now I’ve reached that age where I can look back over approximately 60 years of skiing memories and I’m motivated to share some of them.  I’m sure there are others who feel the same way and that’s what RetroSki is about: sharing memories!  I hope you’ll share some of your memories as well as enjoy some of mine.

You can contact me via this blog or e-mail me at gmorrill@pshift.com.