Alden Hanson and Some Reader Feedback

What do a fan-type snow gun, Lange-Flo, and Hanson ski boots have in common?  They were all invented by the same person: Alden Hanson!  Hanson was the chief scientist for Dow Chemical and a prolific inventor.  He patented the initial fan-type snow gun in 1961.  In 1970 Lange ski boots began using Lange-Flo, a Hanson patented silly putty material.  Alden Hanson also holds the patent for rear entry ski boots which was implemented in the Hanson ski boot.

This was a difficult trivia question so I wasn’t surprised that no one had the correct answer.  I came across the Hanson connection when I was researching early snowmaking technology and felt it was worth sharing.

In a future column I’ll take up the topic of rear entry boots, however this week I’m going to share some feedback I’ve received from readers on earlier columns this season. 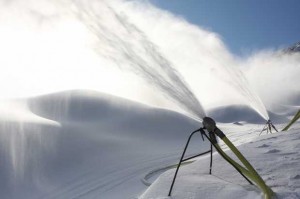 I received a call from Frank Lamphier who lives in Morrisville.  He was involved in the initial snow-making activities at Mount Snow in 1963-64.  He actually was there to install the irrigation system for the new golf course they put in, but that winter was short on natural snow so they extended the irrigation system to support snowmaking on the beginner’s area.

Frank also knew Joe and Phil Tropeano of Larchmont Engineering.  Larchmont designed irrigation systems and worked with Tey Manufacturing on the first snowmaking installations.  With their experience in irrigation, the Tropeanos influenced nozzle design and piping requirements to support snowmaking.  By 1960 Larchmont took over the snowmaking  business from Tey and continue to market snowmaking equipment today. 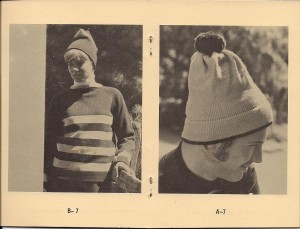 Another testimony to the durability of the Moriarty hat came from local attorney Bill Kelk who occasionally wears a Moriarty MMSC hat.  He estimates that he’s had the hat since 1982 and it’s still holding up  well.

I had mentioned that one of the enhancements Ed Morrison made to the Moriarty hat was the use of turtle fur on the inner headband.  Stowe Host Bud Kassel who was a personal friend of Ed Morrison says that before the turtle fur, Ed had used Merino wool on the headband to make it less scratchy.  Bud showed me an old Stowe Host hat made with that feature.

Bud also got a chance to join Ed at one of Ed’s “residences”.  Ed owned a residence on The World, a cruise ship that continually circles the globe!  The ship takes a year to circumnavigate the globe with many stops at ports of interest.  Owners have the option of living full-time in their residence or join the journey at one of the stops for a segment of the cruise.  Bud joined Ed for an Antarctic segment of a cruise. 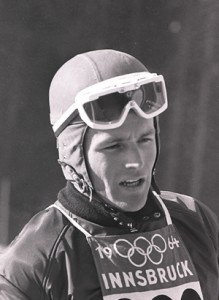 Peter Lawlor shared that in the 1950s ski racers would tape an extra clear lens over their goggles using electrician’s tape.  In effect they were creating the dual pane lens that is used on modern goggles to reduce fogging!