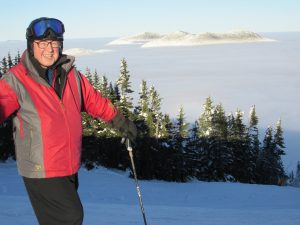 We lost a true Retro-Skier on Christmas day: Bud Kassel passed away at age 91. Bud and I were Stowe Hosts together and I had the pleasure of getting to know Bud over the past 24 years.

I say I got to know him, but I don’t think I knew Bud’s full name until I read the obituary. He was always “Bud.”

Joseph Lewis Kassel was born on July 4th, 1928. His mother gave him his nickname of “Buddy” which morphed into “Bud” as he grew older.

Bud was a skier. He told the story of how as a teenager his family went on a ski trip to Pico. Pico was the first ski area in the United States to have a T-Bar and when Bud approached it for the first time, the lift operator asked if Bud had ever ridden one before. Bud said “no” so the lift operator called to a young girl nearby, “Andy, come show this fellow how to ride the T-Bar.” “Andy” was the 14 year old Andrea Mead who would be the first American to win multiple Olympic gold medals in Alpine skiing.

Bud skied Aspen when it was still a skiers’ mountain. He told me about spending après-ski at the Red Onion in the 1960s. He preferred that venue to the Hotel Jerome where the “martini crowd” hung out.

In later life he took his whole extended family to Alta. At dinner in the Goldminer’s Daughter, he informed them that this was how he was spending their inheritance. Some years later I was looking through old lift tickets I’ve collected and found one from Alta with the message “Those Kassels Sure Love Devil’s Castle!”  Back in the days of paper tickets, Alta would add unique text to each day’s lift ticket. Apparently I had been at Alta during one of the Kassel family visits! I believe I gave Bud that ticket. 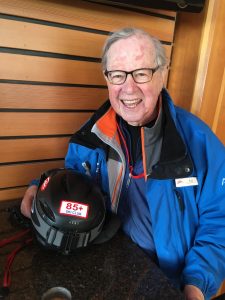 Bud was a technically smooth skier which allowed him to ski until he was 90. In his “golden years” Bud had a lot of “parts” replaced. His doctors tended to discourage him from skiing, but Bud kept skiing. Quite a few years ago I remember Bud mentioning that he shouldn’t ski moguls anymore. That spring I was skiing the Goat bumps and who do I come across? Yup, it was Bud!

Not that Bud always ignored doctors’ orders. More recently, Bud asked me to ski upper Goat with one of his sons! Bud wisely met us at the bottom.

Bud was the consummate skiing host! Anyone who met him immediately liked him. Guests trusted his opinions and wanted to spend time with him. I’m betting he got more free coffees and even lunches than any other host on the mountain!

Bud Kassel was one of the nicest people I’ve ever met. I always looked forward to seeing him. I enjoyed being with him. I really enjoyed skiing with him. And I will miss him. 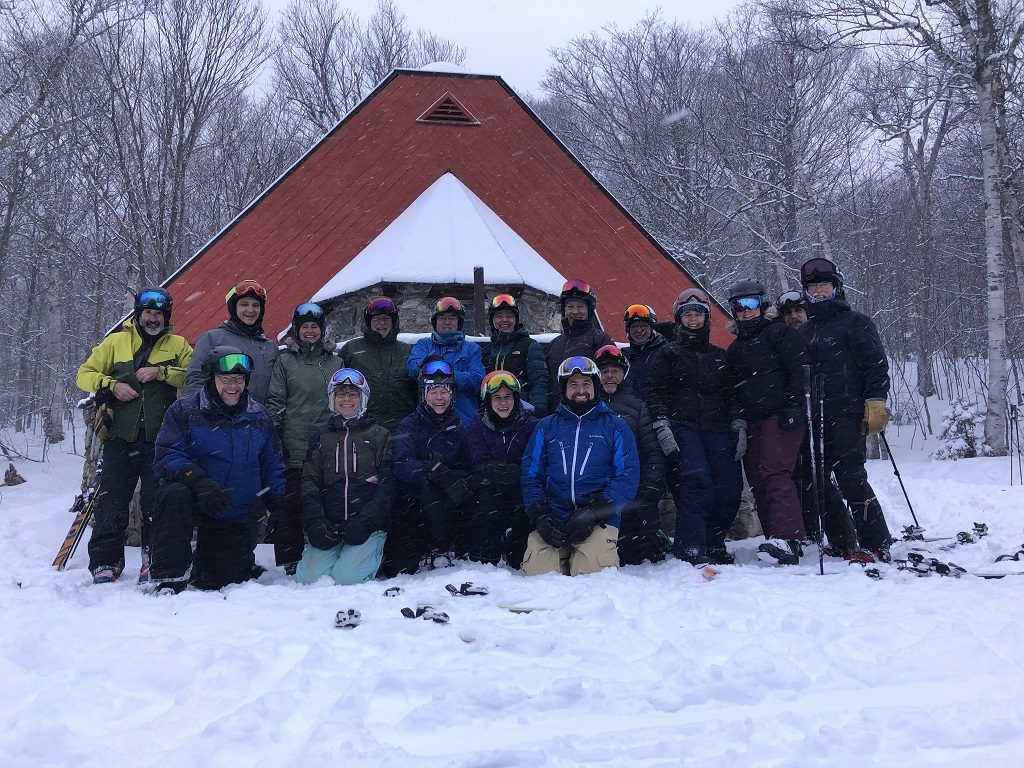 This past Sunday Tim “Griff” Griffin organized a “Run for Bud” at Stowe. About 20 current and former Stowe Hosts took an early morning run to the Mountain Chapel where they held an informal memorial service for Bud.