Forty five years ago from February 4-15 the 1976 Winter Olympics were held in Innsbruck, Austria. Highlights included Dorothy Hamill winning the gold in figure skating and starting a worldwide hairstyle craze; Alpine skier Rosi Mittermaier coming oh-so-close to winning 3 gold medals, having to settle for silver in the Giant Slalom; and Franz Klammer winning the Downhill in his home country with probably the most famous skiing run in history. All in all a very successful Winter Olympics, but they weren’t supposed to be in Austria! 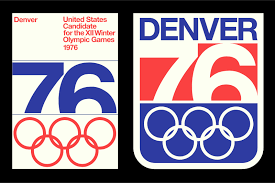 David Carter answered last week’s trivia question that the 1976 Winter Olympics were supposed to be in Denver, Colorado! Denver, Vancouver, Sion (Switzerland), and Tampere (Finland) all bid for those 1976 Olympics. In May 1970 the International Olympic Committee (IOC) chose Denver!

The Denver Olympic Organizing Committee (DOOC) had promoted the games as a celebration of our Nation’s 200th year and Colorado’s 100th as a state. They also claimed that they would be economical. Their estimate to host the games was $14 million and Governor John Love claimed only $5 million of that would come from state taxpayers. Just to put that in perspective, Sapporo who was hosting the 1972 Winter Olympics had estimated $30 million and had spent more than twice that amount by the time Denver was granted its bid!

However many of the DOOC’s ideas for keeping the games economical and local turned out to be neither. Their proposal was to use Denver University for the Olympic Village, but they had never discussed this with the University. The DOOC hadn’t realized that they would have to pay NBC several million dollars to cover the event. The proposed sites for Nordic events close to Denver would require the use of private land and rarely had snow. The DOOC proposal said there were hotel rooms for 120,000 visitors when there were actually enough for only 35,000. 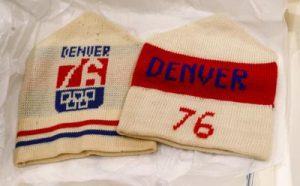 The Denver Olympics soon became the Colorado Olympics as the DOOC began to look at event venues in Vail and Steamboat which certainly weren’t “local” to Denver. And the anticipated price began to go up so the DOOC asked for more state funding. This caught the attention of a couple of state legislators, Dick Lamm and Bob Johnson, both had supported the original Olympics proposal, but now had concerns that the DOOC was still underestimating the cost. Lamm and Johnson were also concerned with the rampant development Colorado was experiencing and that the Olympics could accelerate that development.

Lamm and Jackson started a grass roots movement opposing any further state funding for the Olympics. They were joined by various non-government groups such as Citizen’s for Colorado’s Future and Protect Our Mountain Environment. The concerted effort forced a state ballot initiative in 1972 on further funding for the Denver Olympics.

Both sides mounted public relations campaigns with the DOOC using personalities such as Bob Hope and Bing Crosby. However the DOOC proved to be as bad at PR as they had been at organizing the Olympic games! On November 7, 1972, the ballot proposition to stop further state funding of the Olympics passed with 60% of the vote and there was a record turnout of voters.

The DOOC made a last ditch appeal to local business owners for financing, but received a cold reception. On November 15th the DOOC notified the IOC that it was officially withdrawing as host of the 1976 Winter Olympics. Denver remains the only city to ever reject an Olympic bid.

The success of the stop-the-Olympics movement propelled Dick Lamm’s political career. He was elected Governor of Colorado in 1975 and would serve three terms until 1987. In an interview at the time of the 2018 Pyeongchang Winter Olympics Lamm was quoted as saying, “I expect that Colorado, under the right circumstances, could host an Olympics. I just don’t know why we would want to.”