Where Did You Learn to Ski?

Where did you first learn to ski? Not the first place you skied, but the place where you really learned. For a majority of Retro-Skiers the answer will be some small, family-friendly area that probably no longer is in business.

After the first U.S. rope tow was built in Woodstock, small ski areas popped up around New England. Jeremy Davis, founder of the New England Lost Ski Area Project (NELSAP), has identified 608 “lost” ski areas in New England with 119 in Vermont. Visit their website at www.nelsap.org and check out the list. If you have memories associated with any of those lost areas, they encourage you to share them. 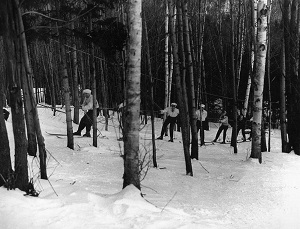 One of the lost Vermont ski areas was the Glen Skiff Farm located on Route 15 between Cambridge and Jeffersonville. Wesley Pope built a 1000 foot rope tow powered by a Cadillac engine for the 1935-36 season. It was just his luck that it was a bad snow year so the area never opened. However for the following season Craig Burt offered to pay Pope to move that rope tow over to Stowe. So in the fall of 1936 Wesley Pope supervised the moving and installing of what would be Stowe’s first rope tow. The tow officially opened on February 7, 1937, as chronicled in Patricia Haslam’s Ski Pioneers of Stowe, Vermont. MMSC Historian Mike Leach was the first correct responder and Jim Pease also had the correct answer.

Glen Skiff Farm is the ultimate lost ski area since it never really opened! But many of us have fond memories of the lost areas where we learned to ski. For me it was the Intervale ski area located just outside North Conway, New Hampshire.

Fred Pabst, Jr. built Intervale in 1936 installing one of his new J-Bars. In the mid-1930s Pabst ran a company called Ski Tows Inc. The company built 17 ski areas located in 6 states plus Canada. Pabst invented the J-Bar which he propagated to those areas. Eventually Pabst realized that it was difficult to make money on the small areas so after World War II he began selling them off and consolidating his resources at Bromley in Vermont. Pabst sold Intervale in 1947 to New Hampshire local Dick Stimpson, but Pabst took the J-Bar back to Bromley! 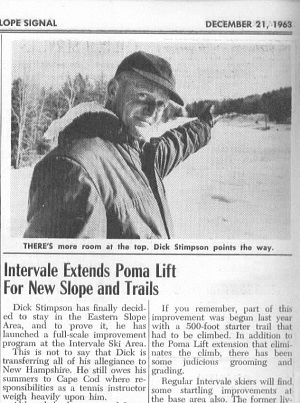 I started skiing at Intervale in the 1960s. By that time they had an 2400 foot Poma lift serving about 400 feet of vertical. The skiing consisted of a wide open slope and one trail through the woods. My cousin patrolled at the area so he could get me in for free. The area had been popular with ski clubs, but by the 1960s there were less ski club activities and most skiers were drawn to the larger areas. So for me that meant no lift line and lots of skiing! It was at Intervale that I would successfully learn how to make parallel turns. After that, I sought the challenge offered by bigger more developed ski areas, but will always have fond memories of Intervale. Intervale closed in 1976 and today, as reported by NELSAP, no visible evidence remains of the ski area. 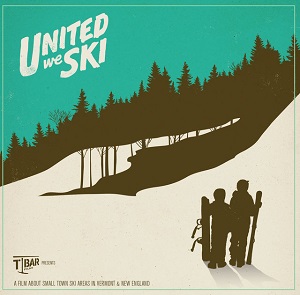 The importance of small, family-oriented ski areas to the ski and snowboard industry cannot be overestimated. To a great degree the industry still relies on a core set of skiers that got hooked on skiing at small, lost ski areas. A remarkable movie, United We Ski, brings home this point better than I can. I say remarkable because it was done by two young brothers recently graduated from UVM. Elliott and Tyler Wilkinson-Ray grew up in Richmond, Vermont, and got hooked on skiing at Cochran’s. Their film documents three small, family-oriented ski areas that are still operating: Cochran’s, Hard’ack, and Northeast Slopes. The DVD makes a wonderful RetroSki gift and is available from the Vermont Ski and Snowboard Museum or via the T-Bar Film website (www.t-barfilms.com).