What are you doing this Saint Patrick’s Day? For 45 years here in Stowe the answer to that question usually was “we’re going to McCarthy’s!” 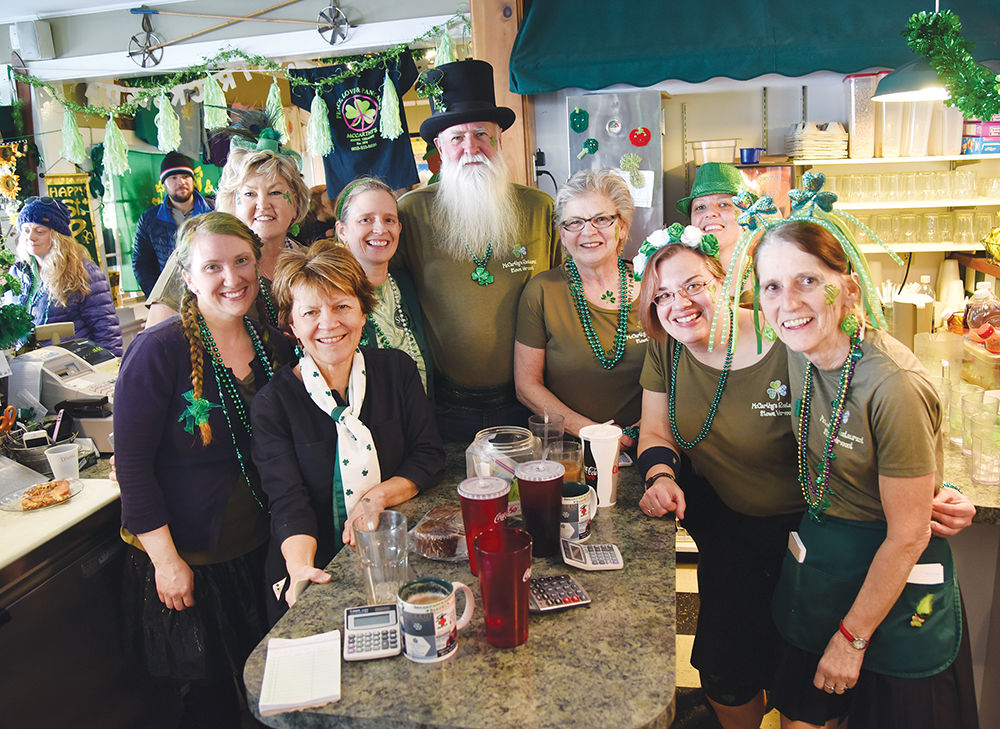 This will be the first Saint Patrick’s Day since McCarthy’s closed last fall so this past week I sat down with Diane McCarthy to talk about the tradition that was McCarthy’s.

Diane grew up in a family that celebrated its Irish heritage. On Saint Patrick’s Day her mother would cook traditional Irish fare and the family would gather to celebrate. She remembers sitting around the dinner table listening to her grandfather singing Irish songs. When she was older she would participate in the local parade. I’ll touch a little more on that later.

In 1974 Diane’s then-husband Bob came to Stowe to join his uncle Tom McCarthy in establishing McCarthy’s restaurant. Tom was a WWII veteran who became a ski patroller and then a ski instructor at Stowe. Diane initially stayed in Massachusetts where she was a school teacher. She traveled to Stowe on weekends, returning on Sunday. At least three times her car died making the trip. 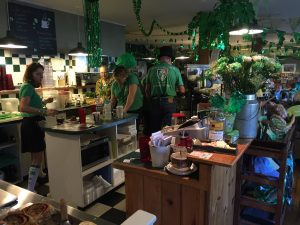 A special Saint Patrick’s Day celebration started the first year at the restaurant. Diane says that most of the participants then were the “hardy party” guys that were part of the Stowe scene in that era. The following year more people just “sort of showed up!” All this was at the original location across Route 108 which now houses Elevated State VT. The size of that venue limited the scope of the celebration.

Of course Diane would eventually leave her teaching job and become the driving force behind McCarthy’s. In 1985 McCarthy’s moved across the road to occupy the former Sister Kate’s building and provide a larger venue. Diane says that allowed the Saint Patrick’s Day celebration to grow: more decorations, entertainment, singing, Irish trivia, face painting. All this made it a total family celebration. One of Diane’s best memories was when kids started coming and joining in the Irish songs. Diane wanted to make sure that I acknowledged Peg Guerra as Master of Ceremonies for her role in making the event successful.

As we all know, the line outside McCarthy’s would start forming before the 6:30AM opening and the restaurant would be full for the entire day. Teachers and students would come in before school. The working class would either come early or make it a longer-than-usual lunch break. The retired folks and skiers would fill in the gaps. 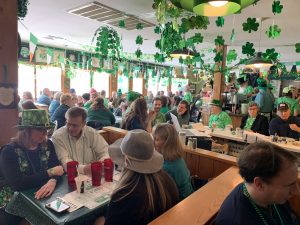 Diane shared some of her other memories. There was the year that the face painters painted large green shamrocks on the heads of some of the bald attendees. However it was a warm day and the shamrocks ran! Then there’s the crew that turns the Waterfall green coming in for breakfast covered in green dye. Or the priests coming in and blessing the proceedings. Gracie Littlefield at 95+ years old entertaining with her concertina.

Diane also told of the New Jersey family that came to Stowe every year expressly for the Saint Patrick’s Day celebration at McCarthy’s. They would enjoy the festivities and buy a T-shirt for every member of the family.

As for last week’s trivia question, Diane was an award winning baton twirler and still has the trophies to prove it! She participated and competed from the age of 7 until she was about 17. She competed at the local level all the way to the national level. Her whole family was involved in Liberty Drum Corps from Westfield, Mass. Diane participated in many Saint Patrick’s Day parades.

I asked Diane what she was doing for Saint Patrick’s Day this year and like most of us in Stowe, she isn’t sure what she’ll be doing.

The old African proverb says “it takes a village to raise a child” and I’ll add that it takes a McCarthy’s to have a village! Thank you, Diane!